Where2Wheel LLC is owned by a young entrepreneur and an active duty member of the United States Armed Forces. Both owners, David and Andrew, share a passion for four wheeling and a desire to evolve the sport. W2W is a small company based out of Virginia Beach, VA with the vision of being an online utility used and valued by all wheelers. Also as part of Where2Wheel’s mission of long-term sustainability for wheeling, we wish to buy land across the U.S., specifically near population 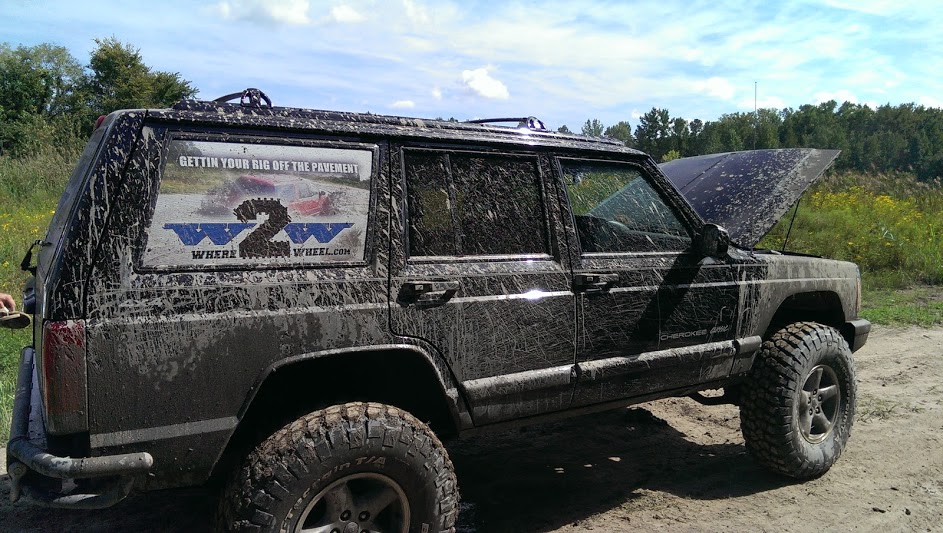 centers, in order to create a system of ORV parks accessible to all who want to get out and wheel!

We are not a non-profit dedicated to keeping public lands open, but rather a privately owned business. As an online business, Where2Wheel is designed to play an active role in revolutionizing the way the wheeling community shares information and connects with each other. As a physical business, W2W is allocating funds to purchase land with the sole intent of using that land for ORV park creation. We chose to be a business rather than a non-profit organization because we want to create the change ourselves as opposed to lobbying for change to happen. While we admire the pursuit to keep public lands open, we also realize and value the need to acquire new private lands for our sport.

I first had the idea for Where2Wheel.com in 2013; I was 24 years old and eager to take on the challenge.

I have been wheelin’ since I was 16. I started in a 2WD Chevy Colorado. The two-wheel-drive truck grew old very quickly and I saved until I bought myself a 93’ Ford Bronco on 40” Super Swampers. The Bronco was awesome; however, it was not built to handle the six hour drive that I had to make several times a year back and forth to college. Frustrated with an ever-growing list of problems, I offloaded the Bronco and climbed into a 2006 H3. I put the H3 on 35s and called it day. To this day, I have not found a better DD that was more off-road capable than the H3. My last year of college, one of my roommates talked me into getting rid of the H3 and getting into the sports car scene. After all, a V8 Mustang had some serious appeal after spending a few years in a 5000LB H3 with an anemic 3.5L 5 cylinder. Within a month of owning the Mustang, I had a rear tire blowout and ended up putting the Stang on its roof. Totalled. After settling with insurance I picked up a brand new 2009 Pontiac G6 GXP.

After spending three years in the G6, I was itching to get back into something that I could take wheeling. I had been web-wheelin across lots of different off-road forums when I received the idea for W2W. I knew instantly that Where2Wheel could be a revolutionary utility for the wheeling community. So I got together my ideas on what I wanted W2W to be and met with a web developer. Within a week of that meeting, I sold the G6 and used most of the money from the sale to pay for the development of Where2Wheel.com. With the remaining money from the G6 I was able to pick up a 98’ Jeep Cherokee and scrape together just enough to get it on 33s. 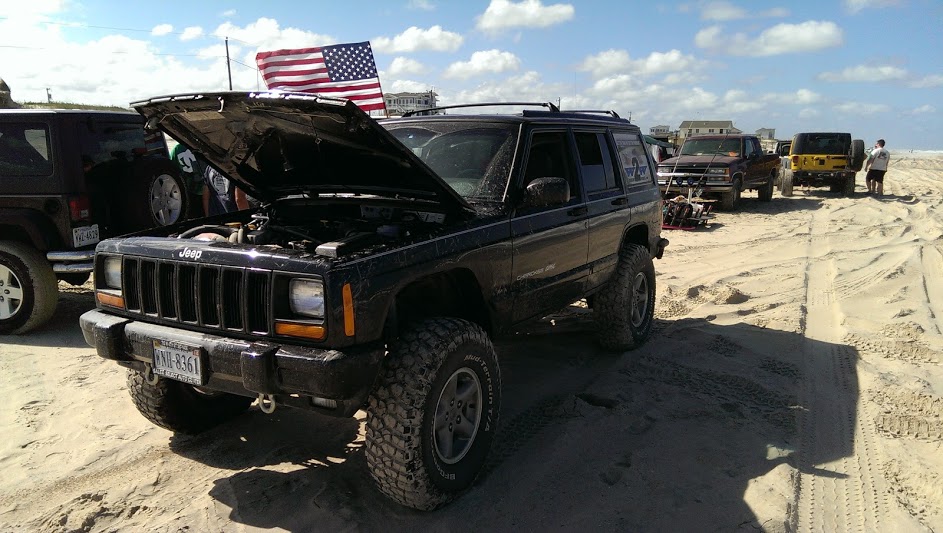 Shortly after launching W2W I received an email from someone that had come across the site, and this guy liked Where2Wheel and its mission enough that he wanted to meet up and talk about it. This is when I met Andrew. Several months and wheeling trips went bye and Andrew remained to be interested as ever in W2W. Eventually I offered him part ownership in Where2Wheel, and that is where our business partnership began. Andrew and I are constantly working to improve Where2Wheel and position it to improve every aspect of the wheeling community as well as how we share information about wheeling. We hope that Where2Wheel can create a sustainable long-term future for our sport and the community that supports it. 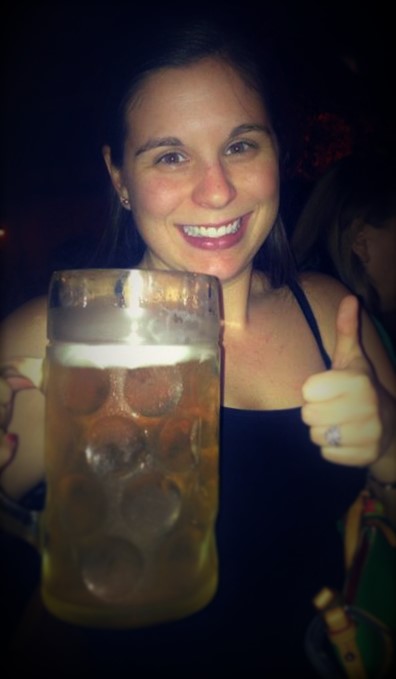 Also it is important that I give a special thanks to my wife Brittany, who has spent countless hours working on and developing Where2Wheel. She has contributed more than I could possibly emphasize and the creation of Where2Wheel would not have been possible without her. 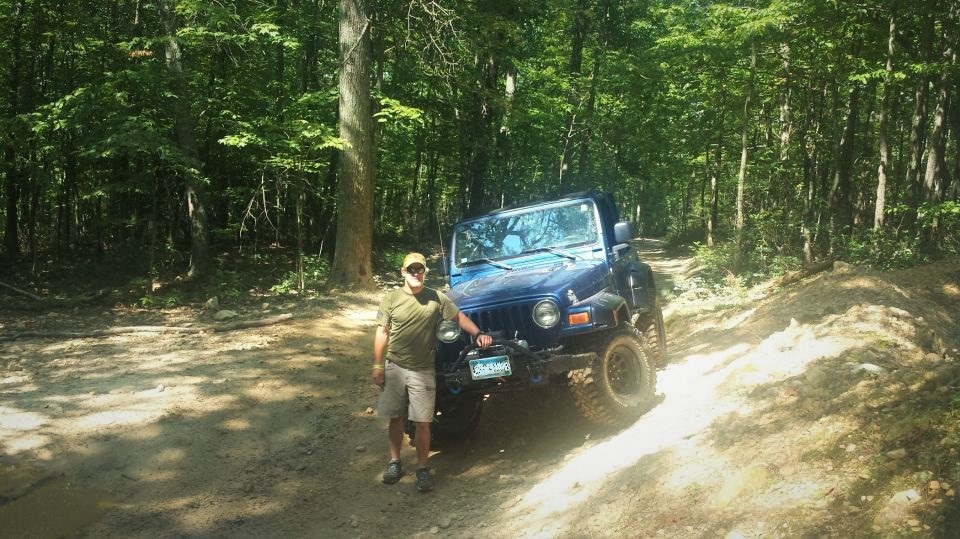 Growing up in Minnesota, I always had a deep love for anything outdoors. Whether it was days out on the lake, or in the woods, that was where I loved to be. For me, there was nothing better than taking a drive out in the middle of nowhere and just enjoying the time behind the wheel. As my calling to join the Navy took me away from my small town in Minnesota; my dirt roads, open fields and trails in the woods time was unfortunately left behind.

Moving around a lot, I found it extremely difficult to find places or people to go off-roading with. To me, it seemed, unless you lived there most of your life, or knew someone who had some land, there wasn’t much opportunity to play in the mud or even find a dusty trail to drive on. It wasn’t until years later when I became good friends with a guy in my new command that was I was able to experience it even a little. Luckily for me, he had been in the WA State area a lot longer than I, and was nice enough to take me out with his club and give me a taste of what I had been missing. At the time I was driving around a SWEET stock Jeep Liberty on All Terrain tires. My Navy salary had me driving this beast (nicknamed the "Barney-mobile" by my loving friends), but hey, in my eyes, at least it was a jeep. I was extremely envious of my buddy’s amazingly built YJ. It was amazing to see what that type of built Jeep could do. When someone says “it’s a point and shoot rig” (meaning, it doesn’t matter where, just point it in the direction you want to go and just press the gas pedal to get there), you’re a little skeptical. He was not joking. After learning from the best - man, I was HOOKED.

After talking for years about how awesome it would be to have a wrangler with my wife, Claire, I was finally able to make it happen. When it was time to move to Virginia, I sold the purple dinosaur and bought a 2005 TJ. The real Jeep I have always wanted. 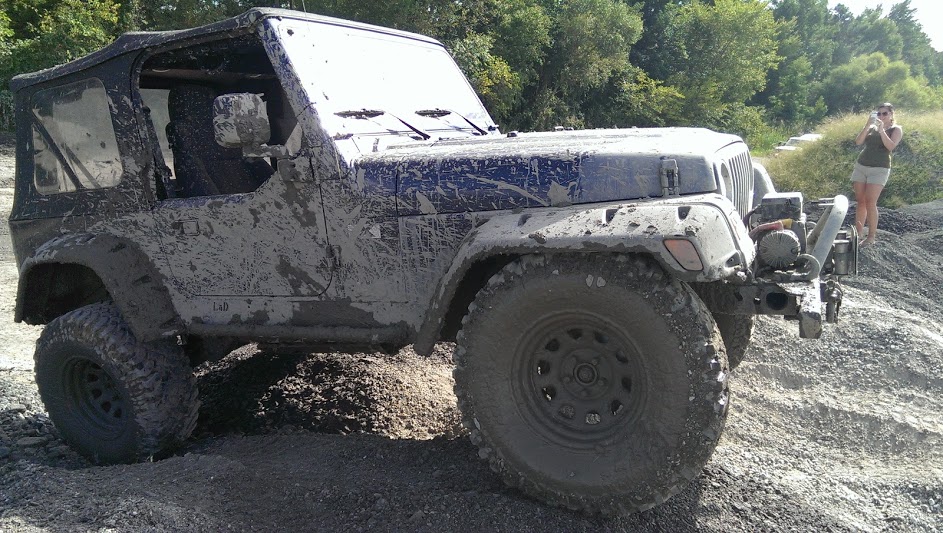 Living in Virginia and not knowing many people, I once again found it really tough to find places to wheel. I dug around online, did Google searches, and besides the occasional forum post from 6 years ago, it was really tough to find anything. I had always thought that there should be a collaboration of trails and a community of people for an area dedicated to wheeling. Then I found Where2Wheel, and like Dave said, I immediately saw the potential and shot him an email. I loved this idea; this idea for a community for those with similar passion for one of my hobbies. It meant I could finally get back into the sport. I am not sure why I had the idea to meet an unknown guy from the internet, but it is one of the best RANDOM decisions I’ve had. Dave and I have become extremely good friends, and great business partners along the way.

Where2Wheel is more than just a “business.” To Dave and me, it is the opportunity for people to share the love of off-roading. To me personally, it’s the possibility of one more person being able to get into the sport, experience the community and begin to enjoy all that four-wheeling has to offer.

Bill Sheavly is a lifelong entrepreneur and brings a variety of business and personal experiences to Where2Wheel. In 2015 he sold his highly successful investment management business to his associate so he could pursue other interests. He has been a business mentor and coach and has assisted numerous startups in getting their businesses off the ground. He is also a published author having written two books on World War II and the 69th Infantry Division, the Division his father fought with.

Even though Bill is new to Where2Wheel, some strange coincidences in his life have brought him here. First, he was raised in Butler, Pennsylvania which for you Jeep lovers, is the home of the Jeep. Butler has an annual Jeep expo every summer and last year had over 2,000 Jeeps drive down Main Street. Another coincidence is that Bill’s father was a Jeep driver for the company commander with the 69th Infantry Division, and was always in the forward areas scouting for the enemy in the European Theatre of Operations. Finally, Bill grew up around motorcycles and spent a lot of his free time going off in the woods near his home on various dirt bikes and enjoying the fun of being off road.

Bill is delighted to be a part of such a great team and looks forward to helping Where2Wheel grow to its fullest potential. He now serves as the Chief Financial Officer of Where2Wheel and takes care of a myriad of financial issues for W2W.

How to resolve AdBlock issue?
Refresh this page